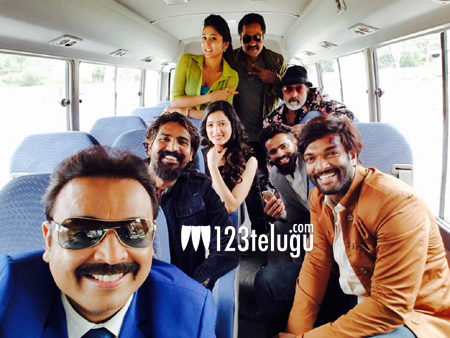 Some time back, 123telugu had reported that Sunil is busy wrapping up his new film titled Eedu Gold Ehe. Latest update reveals that film is in its last schedule and the makers are trying to wrap the film by the end of this month.

Directed by Veeru Potla, this film is a fun entertainer. Anil Sunkara of AK Entertainments is producing this hilarious entertainer. Sushma Raj of Maaya fame and Richa Panai of Yamudiki Mogudu fame are playing as the leading ladies.