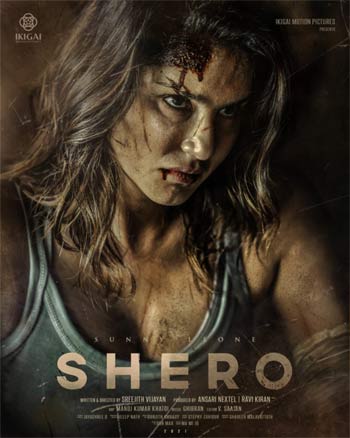 Bollywood actress Sunny Leone, who sizzled in a special song in the Tamil film, Vadacurry, in 2014, is all set to make her Kollywood debut in a lead role with a female-centric film. The film is interestingly titled as Shero, and the first look poster has been unveiled this evening.

Sunny looks intense, bruised and in a vengeful mood on the poster. “Survival is my Revenge !! Showcasing the first look of my first Tamil movie. I can’t wait for you guys to watch it,” Sunny tweeted, while sharing the first look. Shero is directed by Sreejith Vijayan and produced under Ikigai Motion Pictures. Shero will also release in Hindi, Telugu, Malayalam and Kannada.