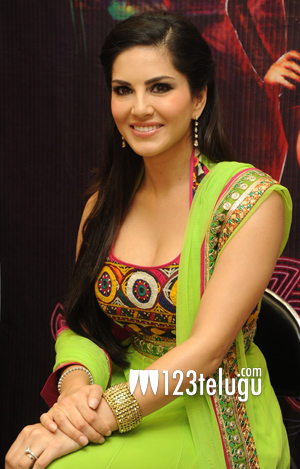 During a recent promotional tour in Hyderabad, Sunny Leone revealed that she is going to dance in an item number in an upcoming Telugu film. Although she hasn’t revealed which film she’s going to dance in, she confessed that it’s going to be a big budget film. Moreover, she has been reportedly approached by few Telugu filmmakers to play lead roles and if all goes well, she’s likely to sign a Telugu film as a lead actress in 2014. More details are expected to be revealed soon.

Recently, she agreed to dance in an item number in an upcoming Tamil film titled Vada Curry. Her next film, Jackpot, which also has Sachin Joshi and Naseeruddin Shah in lead roles, is going to release later this month.