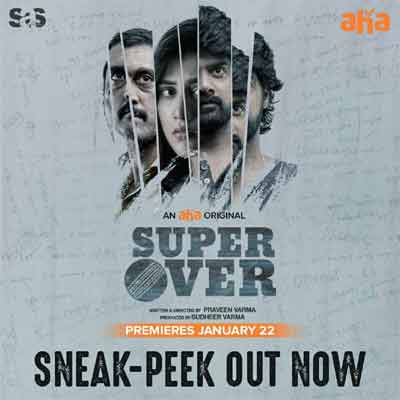 The makers of the upcoming heist thriller, Super Over, released a sneak peek. The short video showcases a gang of three, Naveen Chandra, Chandini Chowdary and Rakendu Mouli, on a mission to pull off a big heist. The sneak peek is slick and racy and promises decent production values.

Super Over is an original film which is made exclusively for Aha. Debutant Praveen Varma has directed the movie and noted director Sudheer Varma is turning producer with it under his banner SAS Pictures. The film will start streaming from January 22nd. Stay tuned for the trailer. Sunny MR is the music composer.