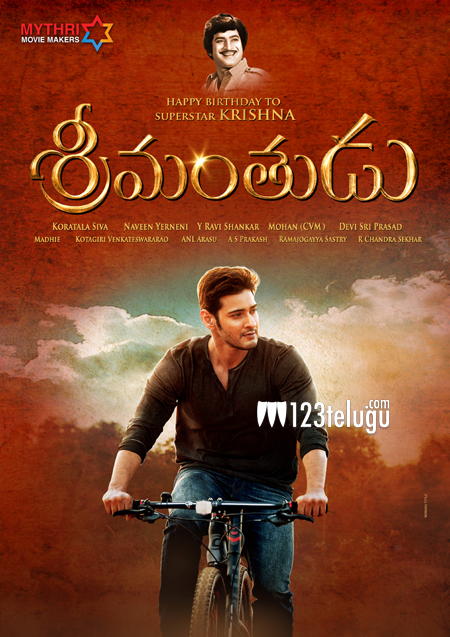 Whenever there is a Mahesh Babu film on the cards, the entire industry sits up and closely watches the proceedings. Mahesh’s upcoming film Srimantudu is one such project which is being closely watched by one and all.

According to the latest update, the film is doing superb pre-release business as the satellite rights have been sold for a whopping price to Zee Telugu. Already, the distribution and audio rights have created huge buzz for the film.

Touted to be an out and out family entertainer, this film has Shruthi Haasan as the female lead and is directed by Koratala Shiva of Mirchi fame.