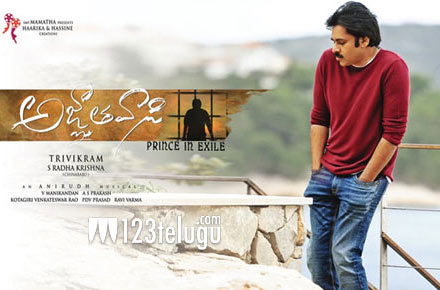 Now that all the formalities of Agnyaatavasi’s post-production are being wrapped up in quick speed, the online bookings for this film in several areas of Telugu states have already kick-started.

There is an immense craze for this film which has completed its censors recently. We have found out that the film has come out in a superb manner and both Pawan’s fans and the family audience will love the film thoroughly.

The censor officials seem to have loved the film and gave a green signal with minimal cuts. Pawan will be seen in an energetic role in this film which is the biggest ever Indian release in the US to date.

Trivikram and Pawan’s combo is always a hit and Pawan’s fans, in particular, are eagerly awaiting to see this film break many records at the box office.

Produced by Haarika and Haasine Creations, Agnyaatavaasi is up for a release this 10th of January.