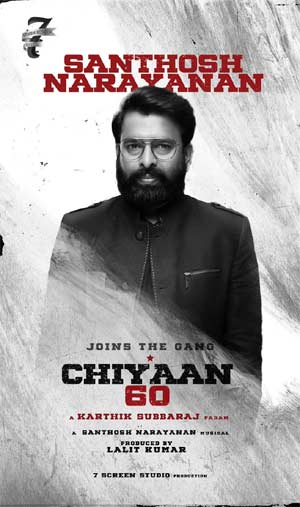 Vikram is a huge star and has a number of films in his kitty. His son, Dhruv also made his debut with the remake of Arjun Reddy and the film bombed badly.

The young hero stayed low but director Karthik Subbarja came in as a blessing in disguise and helped not only Dhruv but his dad also by roping both of them for a film.

The above said project has gone on floors today in Chennai. What’s more interesting is that Santosh Narayan has been roped in to compose music for this film. More details about this action entertainer will be out soon.