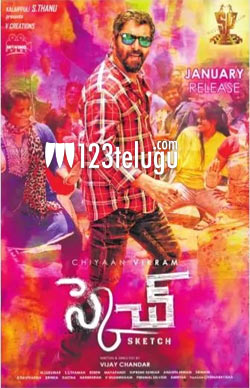 Vikram, Tamannaah starrer Sketch has found a fan in Superstar Rajinikanth, as per the latest reports in Kollywood. Apparently, Rajinikanth was quite impressed with the film and he told the team that he loved the final 30 minutes of the film and the climax twist was quite unexpected.

This compliment from Superstar himself has come as a big boost for Vikram, who confessed that he was really impressed with Vijay Chander’s story. The film’s Tamil version had released during Sankranthi, and now, the team is awaiting the release of the Telugu version.

While Vikram will be seen as a mechanic, who often gets into fights, Tamannaah has played the role of a college goer. Thaman has scored the music.