Superstar recommending star daughter for his next
Published on Apr 3, 2017 12:21 pm IST 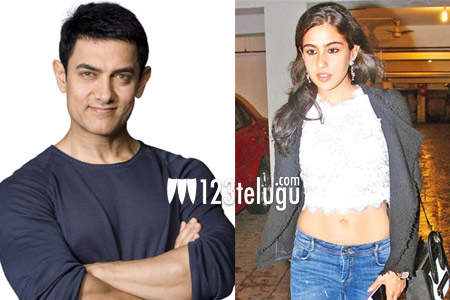 Aamir Khan is one actor who does films with all conviction. He has a say in every aspect of his films and even decides whom to cast in the project. It is a known fact that he will be doing a Yash Raj film called ‘Thugs of Hindustan’ which also has Amitabh Bachchan.

The latest news is that the film has scope for a young female lead and Aamir wants Saif Ali Khan’s daughter, Sara Ali to play the female lead. Sara is all set to make her debut with Karan Johar film and already she is making waves in the industry.

On the other hand, the film’s producer, Aditya Chopra is not happy with Sara and wants Vaani Kapoor as the heroine. The discussions are on and we need to whose choice will finally be okayed.