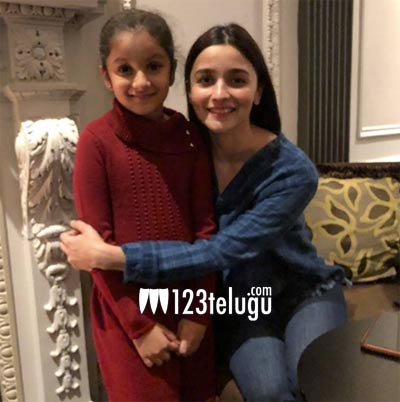 Sitara, daughter of Superstar Mahesh Babu, was thrilled to meet Alia Bhatt, who is reportedly one of her favorite actresses. The two met a hotel in New York, where Mahesh Babu has been shooting for his upcoming film Maharshi.

Thanking Alia Bhatt for her warm gesture, Sitara’s mother Namrata said, “Sitara’s day out. Her most favorite girl of them all. Thanks Alia for bringing the biggest smile on her face.” On the other hand, Mahesh Babu was seen bonding quite a lot with his son Gautham during the shoot.

Directed by Vamshi Paidipally, the film’s US schedule began recently and the team is said to be exploring quite a few amazing locations for the film. Pooja Hegde is the lead actress in the film.