Support pours in for the grieving families of FNCC tragedy
Published on Jul 24, 2016 7:22 pm IST 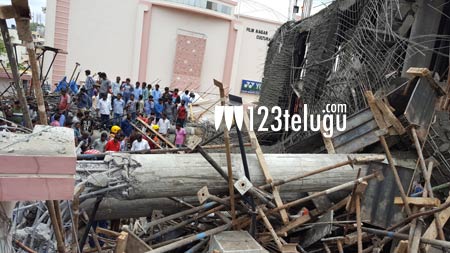 The shocking collapsing of the under construction building at Film Nagar Cultural Center (FNCC) which left two labourers dead and 10 others severely injured has left everyone heartbroken.

Several film industry personalities visited the accident spot and in a much needed relief to the grieving families, the FNCC Committee has announced Rs. 5 lakh ex-gratia to the victim’s families and a job each for the victim’s kin.