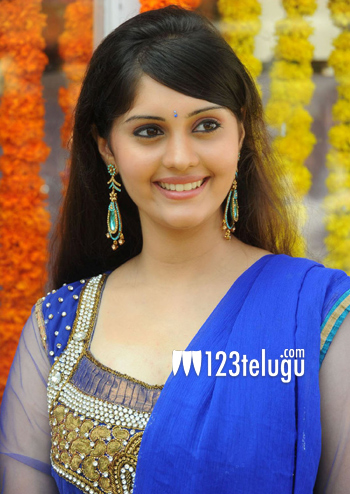 Who would not want to work with a hero who has given a nice successful film? Anandi Arts had delivered a commercial hit Venkatadri Express starring Sundeep Kishan and Rakul Preet Singh; the unit which is riding on a wave of success has already gone to the sets and this time the second project with Sundeep as the hero has Surabhi, a Delhi based girl as the heroine. She had recently worked in a Tamil movie Ivan Vera Mathiri (dubbed as Citizen) has waited long enough to sign a Telugu project. The man wielding the megaphone is Tamil director Kanmani (Na Oopiri fame) who has made Hyderabad his home years back. This time Kanmani is hell bent on changing his trademark Tamil style of directing and the choice of subjects, he also exudes plenty of confidence on this wholesome entertainer. “I have started shooting ten days back, Surabhi has been roped in as we didn’t want just some glamorous girl. We were on look out for a girl like Soundarya and I felt Surabhi has lovely eyes and a classic face. She will suit this role to the hilt. Sundeep Kishan is tailor made for this role. We haven’t yet thought of the title but we will be moving to Vijayawada soon to shoot some portion. I have waited long enough, it is time to give hits.”