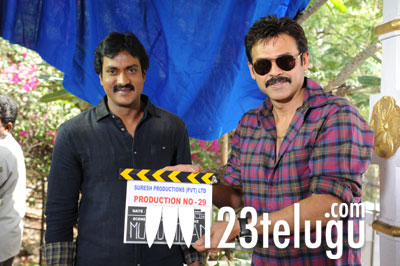 An untitled film starring Sunil in lead role was launched earlier today in Ramanaidu Studios. Uday Shankar is going to direct this film. Suresh Babu is going to produce this film on Suresh Productions banner and it’s the first time that Suresh Babu and Sunil are teaming up for a film. A new heroine is going to be cast in the film, although in the past there were rumours that Taapsee might come onboard. Ramanaidu, Venkatesh, Rana and BVSN Prasad were also present at the movie launch along with Sunil, Suresh Babu and Uday Shankar. The film will go on floors soon.