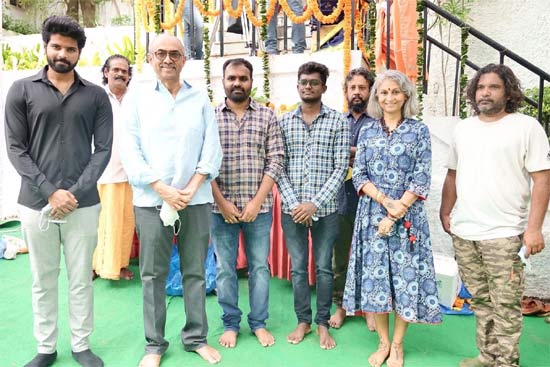 Keeravani’s son, Simha Koduri is slowly but steadily making his presence felt in the industry. He is two films old and is choosing his projects carefully.

Now, he has signed his third film and this time it is special as it is with Suresh Productions. The noted production house announced the film titled Dongalunnaru Jagartha which will also star Samutrakani in a key role.

The film will be directed by debutante Sathish Tripura. and produced by Suresh Productions and Guru films together. More details of the film will be out soon.