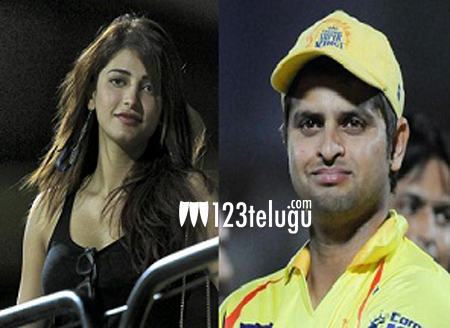 From the past two days, rumors a buzz that ace actress, Shruthi Haasan has been dating Indian cricketer Suresh Raina. As soon as the news broke out that Shruthi has found a love interest, media circles went abuzz and started creating their own stories.

Clarifying all these rumors, the man in question, Suresh Raina himself took to twitter to opened up this issue “Too many media reports which no one even tries to confirm. This is to clear once & for all. I’m not dating ANYONE ” tweeted the newly elected Indian captain.

So with all the issues regarding these rumors have been clarified, everybody can now relax and allow the celebrities to concentrate on their jobs.

Shruthi Haasan is going great guns in her career and has given some of the biggest block busters in Tollywood.