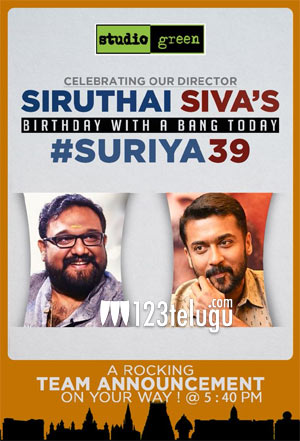 Tamil star Suriya has been signing new projects at a jet speed and his fans couldn’t be happier. While his Bandobast is gearing up for a September release, Soorarai Pottru under Sudha Kongara’s direction is underway at a brisk pace.

On the other hand, Suriya 39th project with Viswasam director Shiva was announced a couple of months ago. Now, the latest update regarding this project is that cast and crew details of this film will be out at 5:40 PM today.