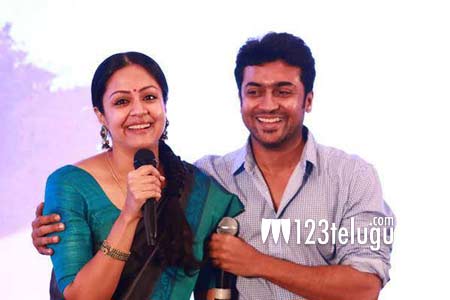 It was earlier reported that Jyothika is teaming up with National award winner Bramhanathan. The film in which Jyothika plays a prominent role has Jo’s husband Suriya added to its cast now.

Jyothika, who made a comeback with 36 Vayadunile was highly impressed with Bramhathan’s script green signaled the project and now, Suriya has also been roped in to play a major role in the film.

While the details of this role are yet unknown, everyone is excited about the duo pairing up together after a long gap. Produced by Suriya’s home banner, further details of the film are yet to be announced.