Suriya and Jyotika to act together for the first time since marriage
Published on Nov 6, 2020 10:00 am IST 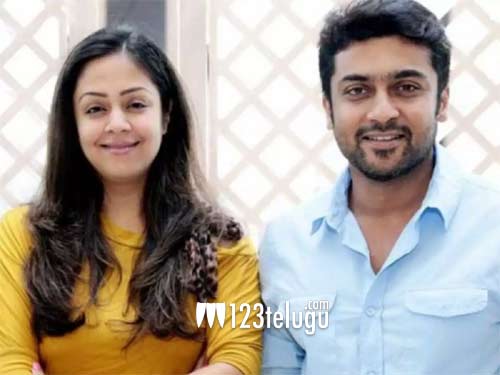 Star couple Suriya and Jyotika shared screen space with each other in 7 movies until their marriage in 2006. Suriya has been bankrolling all of Jyotika’s movies after she made her acting comeback a couple of years ago.

Now, after 14 years, Suriya and Jyotika will be acting together in a film. This exciting project will be directed by acclaimed Malayalam filmmaker Anjali Menon of Bangalore Days fame. Anjali has collaborated with Tamil filmmaker Halitha Shameem to pen the script. More details about the project will be out at later this year.