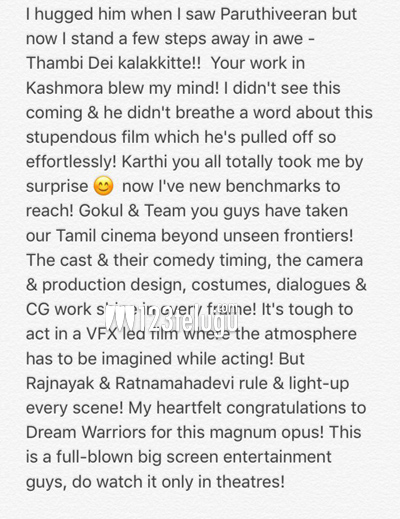 Karthi has been winning huge applause all over for his new film Kashmora. The latest news is that his brother and star hero Suriya has just taken the appreciation to another level.

After watching the film, Suriya wrote a personalised message and hailed the entire team for their efforts. The VFX work and production values have been hugely appreciated in this film which is directed by Gokul.

PVP Cinema produces this film which has Nayanthara as the female lead.