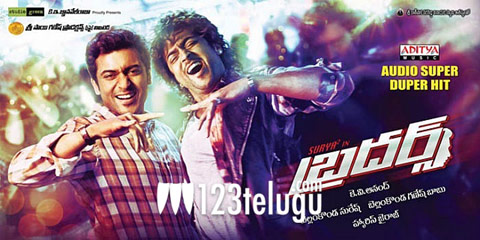 Suriya has vehemently denied rumours that his upcoming film Brothers is a remake of a Hollywood film titled Stuck On You. Talking to a leading newspaper in Chennai, Suriya said that he had no idea about the Hollywood film till he saw several comments on social networking sites about the similarities between the two films. Moreover, Suriya insisted that directed KV Anand and his writers had been working on the film for almost four years. Suriya will be seen as conjoined twins and he has dubbed for himself for one of the twins and Karthi has dubbed for the other twin. Kajal has played the lead role in the film. Bellamkonda Suresh has bought the distribution rights of the film and if all goes well, the film will hit the screens on October 12. Harris Jayaraj has composed the music.