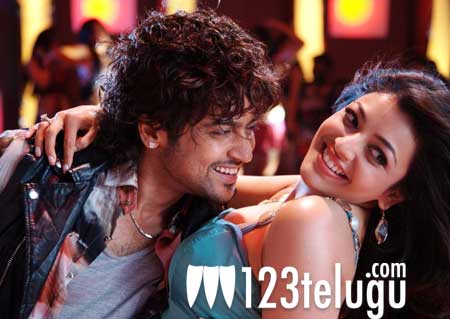 The audio of Suriya’s upcoming film Brothers is going to be launched later today in Taj Krishna, Hyderabad. KV Anand has directed the film and the expectations from this KV Anand-Suriya combination are quite high since their previous film Ayan (dubbed in Telugu as Veedokkade) was a blockbuster. Suriya will be seen as conjoined twins and Kajal is playing the lead role for the first time opposite Suriya. For the first time in his career, Suriya has dubbed for himself for this film and this will be his biggest release till date in Andhra Pradesh. Most part of the film has been shot in Chennai, Hyderabad and Eastern European countries. Apart from Kajal, buzz is that two Russian actresses have also played important roles in this action entertainer. Bellamkonda Suresh has produced the Telugu version and Harris Jayaraj has composed the music. The film is expected to hit the screens on October 12.