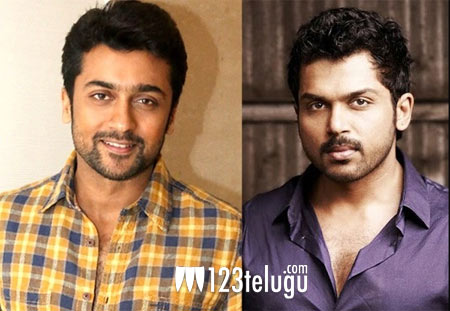 Thoroughly impressed with the film, Suriya took to Twitter and wrote, “A raw and bold hidden truth coming alive in a film with such an impactful and realistic approach! Kudos to Jangid sir and 300 team members for the 11 plus years of selfless service in this case. Thank you Vinod, Karthi and Dream Warrior pictures for picking this story to showcase yet another brave side of the Police!”.

Khakee is releasing in Tamil as Theeran Adhigaaram Ondru. The film has Rakul Preet as the female lead. H Vinoth has directed the movie and Aditya Music company is releasing it in Telugu.