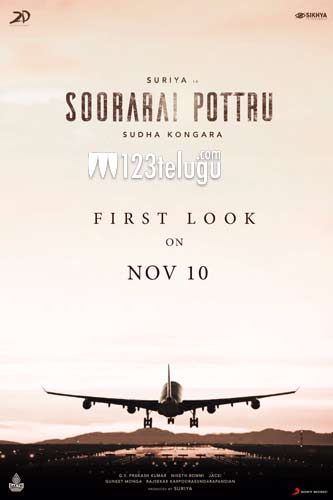 Hero Suriya’s 38th film, Soorarai Pottru, is being eagerly awaited by his fans. The film is being directed by Saala Khadoos (Guru in Telugu) fame Sudha Kongara. The film is based on Air Deccan Captain Gopinath, who revolutionized the aviation industry in India.

As per the latest updates, Soorarai Pottru’s first look will be out on November 10. The shooting has been wrapped up already and the post-production formalities are underway these days. The film’s release date is yet to be locked. Suriya himself is producing the movie in association with Oscar-winning Bollywood producer Guneet Monga.