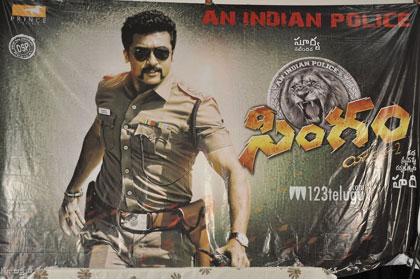 Suriya, Anushka and Hansika starrer Singam (Yamudu 2) might be pushed to early July, if the latest buzz in the industry is anything to go by. Earlier, the makers were planning to release the film on June 28; however, there are quite a few big budget Telugu films which are slated for release on the same day including Ravi Teja’s Balupu. Keeping in view of these developments, buzz is that Singam might be pushed to a later date in July. A formal announcement is expected to be made soon. Hari has directed the film and the Telugu version is being produced by Lakshman Kumar under Prince Pictures banner. Suriya will be seen as a police officer and some part of the film has been shot in South Africa. Devi Sri Prasad has scored the music and the audio might be launched in mid June.