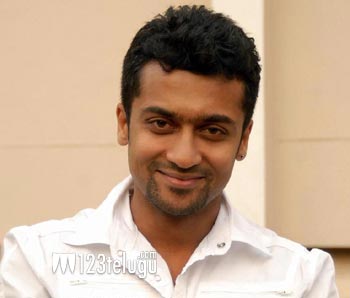 Suriya is one of the few Tamil actors who has a good market in Andhra Pradesh. Some of his recent films like Yamudu and Singham (Yamudu 2) have done quite well in Telugu and his performance in Rakta Charitra 2 earned rave reviews. For the first time in his career, he has reportedly given the green signal to act in a straight Telugu film.

K E Gnanavel Raja, who has produced several films including Yamudu and Singham, revealed that Suriya’s straight film in Telugu will go on sets in August, 2014 and he’ll be producing the film under Studio Green banner. Speaking at an event recently, he said, “A lot of people have been asking us when Suriya is going to act in a straight Telugu film. I can now assure you that he’ll be acting in a Telugu film in August next year and it’ll be director by a top filmmaker in Telugu. We’ll announce more details about this project next year.”

Currently, Suriya is acting in Lingusamy’s upcoming film and Samantha is the lead actress in this action entertainer. After this, he’ll team up with Venkat Prabhu for a big budget action entertainer which will go on floors early next year.