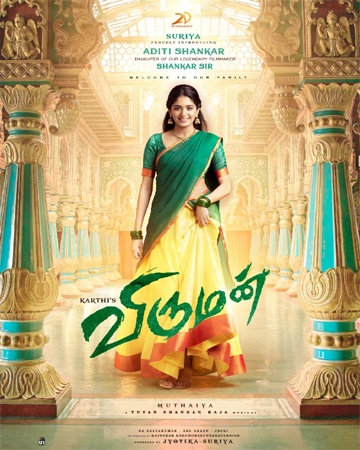 Director Kollywood director Shankar’s daughter, Aditi Shankar, is all set to make her debut as a heroine. Star Tamil hero Suriya took to Twitter and announced that Aditi will be playing the female lead opposite hero Karthi in the upcoming film, Viruman.

“A very warm welcome to Aditi Shankar! You are going to win everyone’s heart! God bless,” tweeted Suriya. In turn, Shankar thanked Suriya and Jyothika for launching Aditi. “I believe cinema lovers will shower her with love as she comes fully prepped to make her debut,” tweeted the proud father.

Viruman is being directed by Muthaiya and Yuvan Shankar Raja is composing the music. Suriya and Jyothika’s 2D Entertainment banner is bankrolling this project.