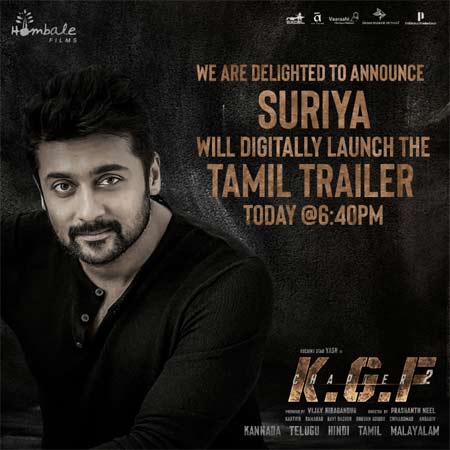 The stage is all set for the grand launch of the theatrical trailer of KGF: Chapter 2. Starring Yash, the movie, directed by Prashanth Neel, is ready to hit screens on April 14, 2022. Srinidhi Shetty is the leading lady in this action drama.

Now, the latest news is that the makers have officially announced that the Kollywood star hero Suriya will launch the Tamil trailer at 06:40 PM today. In the meantime, Ram Charan will launch the Telugu trailer.