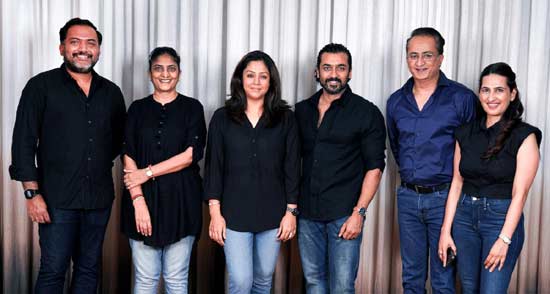 Kollywood star Suriya’s Soorarai Pottru (Aakaasam Nee Hadduraa in Telugu), a semi-biopic loosely based on Air Deccan chief Captain Gopinath, is all set to go to Bollywood. Suriya himself will be remaking the Hindi version and Sudha Kongara, the director who helmed the Tamil original, will also direct the Hindi remake.

Soorarai Pottru skipped its theatrical release due to the lockdown and had a direct digital premiere on Amazon Prime Video earlier this year. Also starring the talented Aparna Balamurali and Mohan Babu in key roles, the film garnered critical acclaim for its lead actors’ performances and an inspiring story.