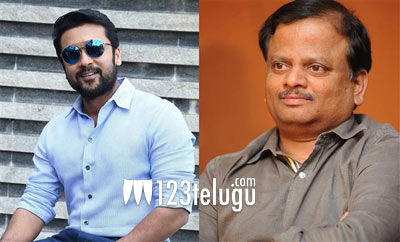 The shooting of Suriya and director KV Anand’s ongoing film has almost come to an end. The unit will soon leave to London to can a few crucial scenes with which the shooting part will be wrapped up.

Meanwhile, yesterda,y KV Anand took to Twitter and held a poll asking the fans to choose either Meetpan, Kaapan or Urika as the title for Suriya37.

Now, the latest update is that the film’s title will be announced on January 1st. Suriya37 also has Mohan Lal and Akhil’s heroine Sayyeshaa in key roles.

Lyca Productions is bankrolling this highly-anticipated film which is scheduled to release in the first half of 2019.