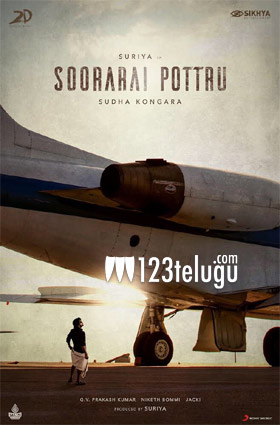 On the occasion of Tamil New Year, the makers of star hero Suriya’s 38th film, Soorarai Pottru, began the film’s first schedule in Chennai. And, the latest we hear is that the mini schedule has been wrapped up already, in just 3 days. Some crucial scenes featuring Suriya and Sarvam Thaala Mayam fame Aparna Balamurali have been shot in the first schedule.

Soorarai Pottru is said to be a biopic on Air Deccan Captain Gopinath, who revolutionized the aviation industry. Sudha Kongara of Saala Khadoos (Guru in Telugu) is directing the movie. Suriya’s production house 2D Entertainment is producing the movie in association with Oscar-winning Bollywood producer Guneet Monga.