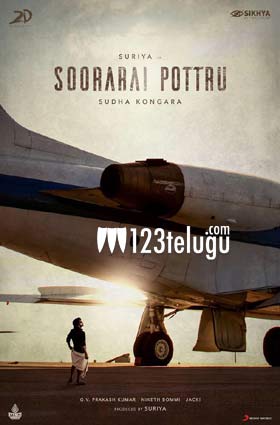 Soorarai Pottru’s poster showcases Suriya in a lungi standing against a huge aircraft. The poster hints that the film is going to be an ambitious venture in terms of content and scale. The film is said to be a biopic on Air Deccan Captain Gopinath. Gopinath had created a revolution in the aviation industry with low-cost airfares.