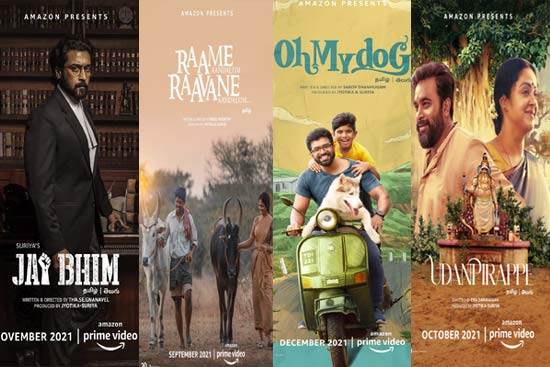 In a massive announcement, as many as 4 movies produced by Kollywood star Suriya and his actress wife Jyothika will have their world premiere on Amazon Prime Video. Suriya has inked a deal with Amazon Prime in this regard and he will be releasing one film every month, starting September.

Incidentally, Suriya’s recently announced courtroom drama, Jai Bhim, is also part of this crazy deal. The film will have its Amazon Prime premiere in November. While Raame Aandalum…Raavane Aandalum will premiere in September, Jyothika and Sasikumar’s Udanpirappe will premiere in October. Finally, Arun Vijay and his son’s Oh My Dog will be premiering in December.