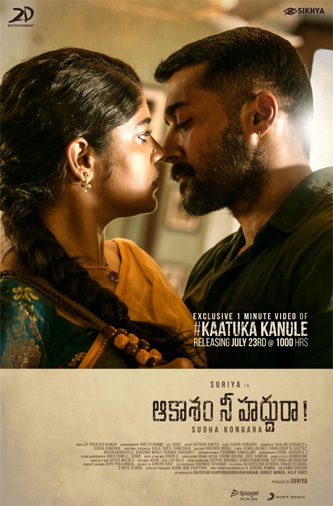 Tamil star Suriya’s new film Soorarai Pottru’s release is postponed due to the Corona lockdown. Meanwhile, from the past few days, news has been circulating that the film’s trailer will be unveiled on the 23rd of this month as Suriya’s birthday special.

But as a big disappointment for fans, the makers this afternoon released an announcement poster saying that a minute long video from the ‘Kaatuka Kanule’ song from the film’s Telugu version, Aakaasam Nee Haddhu Ra, will be out on July 23rd as Suriya’s birthday special.