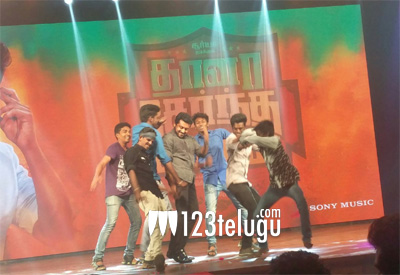 The Tamil pre-release event of Suriya’s Gang was held yesterday in Chennai. A lot of fans attended the event and when some of them were invited on the stage, two of them fell on Suriya’s feet as a mark of respect.

Shockingly, Suriya too fell on those fans feet and repeated the gesture to everyone’s surprise. Speaking at the event, Suriya requested his fans not to fall on his feet and said that if anyone does that in the future, he will keep embarrassing them by doing the same.

The buzz for Suriya Gang is quite good and this is the first time Suriya has dubbed in his own voice for the film. The film is directed by Vignesh Shivan.