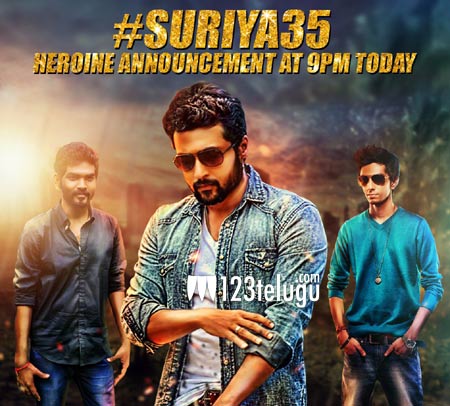 Hero Suriya’s 35th film is going to be directed by Vignesh Sivan and Anirudh Ravichander is the music director. The actor’s prestigious 35th film will have a big release in both Tamil and Telugu and the heroine’s name will be revealed shortly.

The movie is expected to be a stylish thriller and Suriya will be seen with a stylish but mass look.