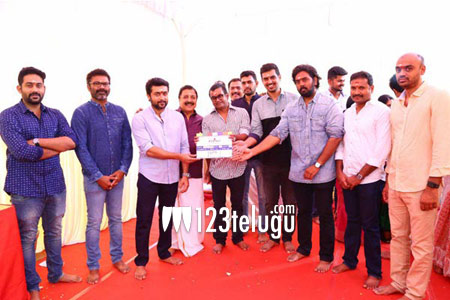 It’s already reported that Tamil super star Suriya will be working on a project under Selvaraghavan’s direction. The film was launched earlier today with a traditional pooja ceremony.

Suriya’s father Siva Kumar and brother Karthi graced the event and conveyed their best wishes to the film’s unit. Top music director Yuvan Shankar Raja has been roped in as the music director for this film, which is tentatively scheduled for Diwali 2018 release.

SR Prabhu will be producing this yet-to-be-titled flick under his Dream Warrior pictures banner. Stay tuned to 123telugu.com for complete details regarding this crazy project.