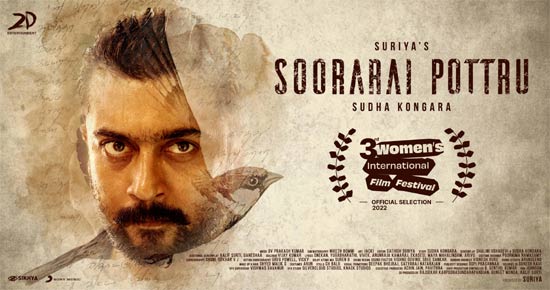 It’s been two years since Suriya starrer Soorarai Pottru (Aakaasam Ne Haddhu Ra in Telugu) was released directly on Amazon Prime. Since then, the film has got tremendous response and appreciation from all corners. The film was a partial biopic of Air Deccan founder Captain Gopinath and it had Aparna Balamurali and Paresh Rawal in other key roles.

The film was screened at major international film festivals. The film also joined the Oscars race from India. Now the film has hit the headlines again. It will be screened at the 3rd edition of the Women’s International Film Festival on July 18th in Kerala.

The makers have officially announced this today. The film is now being remade in Hindi with Akshay Kumar in the lead role. Suriya is co-producing this movie and he is also playing a cameo. Sudha Kongara who helmed the original version is directing this remake as well.