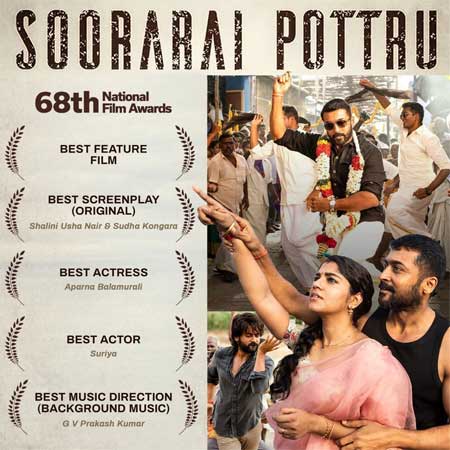 From the time Suriya starrer Soorarai Pottru (Aakaasam Ne Haddhu Ra in Telugu) premiered on Amazon Prime Video, it has been receiving a lot of love and recognition from all corners. The film was a partial biopic of Air Deccan founder Captain Gopinath and it had Aparna Balamurali and Paresh Rawal in other key roles.

The hard work of the entire team got paid off in the form of these awards. Wishes kept pouring in for the movie team from all corners, which is very much deserving. To note, the film was also screened at major international film festivals. The film also joined the Oscars race from India.