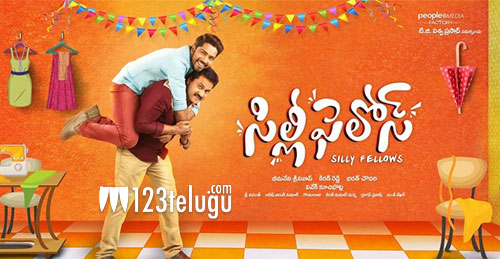 It’s well-known that comedy heroes Allari Naresh and Sunil are sharing screen space in an out-and-out comic caper under senior director Bheemaneni Srinivasa Rao’s direction. The film is titled Silly Fellows and the shooting has been wrapped up already.

Meanwhile, Bheemaneni is betting high on the Sunil-Naresh combo. Interacting with a popular English daily, the senior director said that Silly Fellows has a surprise element, although he didn’t reveal any more details. He is confident that both the comedy heroes will leave the audience in splits with their never-before-seen comic characterizations.

Chitra Shukla and Nandini Rai are the female leads in Silly Fellows. Avunu, Seematapakai fame Poorna essays a special role in the movie. The film’s release plans will be announced soon.