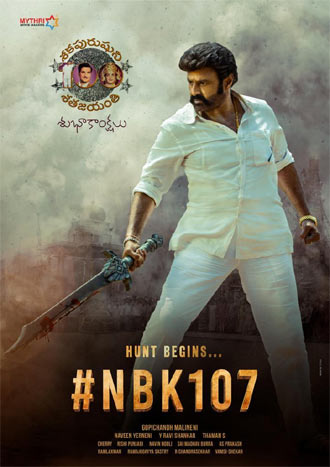 Balayya is busy giving finishing touches to his new film that is being directed by Gopichand Malineni. The shooting is on in Kurnool as of now.

The word now from the unit sources is that there is a big twist that comes in as a special character played by a noted actor is going to turn negative in the film and shock the audience.

Shruthi Haasan and Varalakshmi Sarathkumar are playing the female leads in this film which is being produced by Mythri Movie Makers. More details of the film will be out soon.