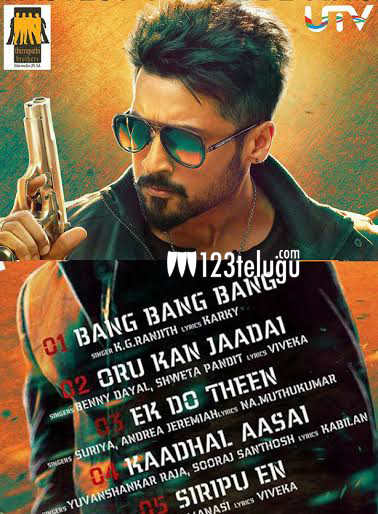 Actor Surya is one person who demands perfection in everything he does. He does not like half hearted attempts at stuff.

Recently, he sang a song titled ‘Ek Dho Teen’ for the film ‘Anjaan’ and this is the first time that he is singing a song in a movie. Surya is tensed about it and about how people will receive this. He sang this number along with Andrea.

Anjaan will release in Telugu as Sikandar on August 15th against NTR and his film Rabhasa. Samantha is the heroine in this mass entertainer.