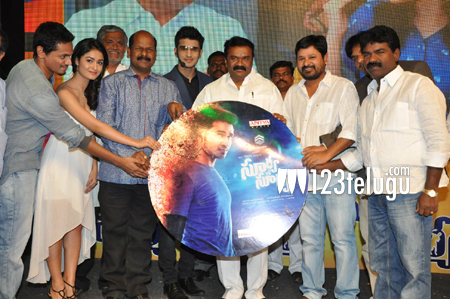 The audio album of Nikhil’s latest romantic entertainer ‘Surya Vs Surya’ has been launched last night. Continuing his tryst with good scripts with innovative concepts, Nikhil seems to have come up with yet another interesting love story. Already, the film’s peppy and versatile music and the trailer have become the talk of the town.

Composed by young music director Satya Mahaveer, the music album of ‘Surya Vs Surya’ has a great mix of melody, Qawwali and modern compositions. The film’s trailer is particularly drawing everyone’s attention. In the trailer, Nikhil is shown as a youngster suffering from a rare disease of Porphyria. The dialogue ‘Thinnama Padukunnama Sayanthramayyinda’ has become popular already.

Director by Karthik Ghattamaneni, the film is being produced by Malkapuram Shiva Kumar. The makers are planning to release the film towards the end of February.