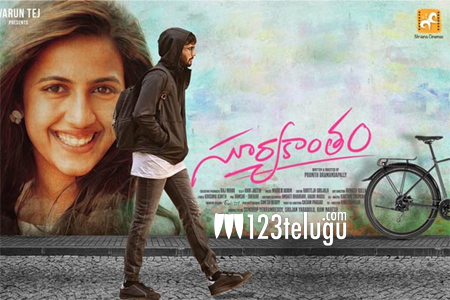 Niharika and Rahul Vijay’s romantic comedy, Suryakantam, released on Friday after a good amount of promotions. The makers of this urban-centric film are content with the way the film is performing in A centres and especially in multiplexes.

On Sunday, Suryakantam’s bookings are showing a positive trend. The film is looking at a decent Sunday at the multiplexes in Hyderabad and all other A centres and major cities across the twin Telugu states. Niharika’s role is the main highlight in the movie.