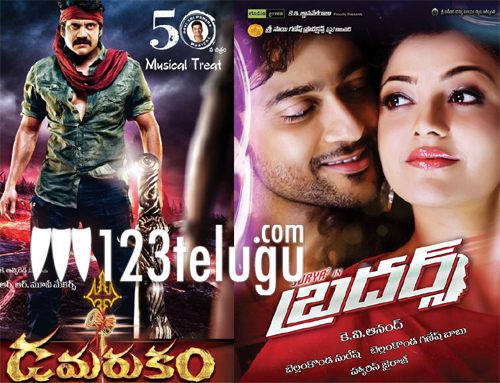 Tamil star Surya’s ‘Brothers’ will clash with Akkineni Nagarjuna’s ‘Damarukam’ if both films stick to their present release schedules. Damarukam is currently scheduled for 11th while Surya’s brothers is going to release on 12th. Damarukam is a socio fantasy entertainer while ‘Brothers’ is a thriller in which Surya plays conjoined twins.

Surya has been gaining acceptance among Telugu film lovers over the last few years and his collections here are on par with that of reasonably big heroes. While both films are big budget entertainers, Damarukam seems to be extra special with a heavy dose of graphics.

Which will remain standing at the Box Office that weekend? Only time will tell.