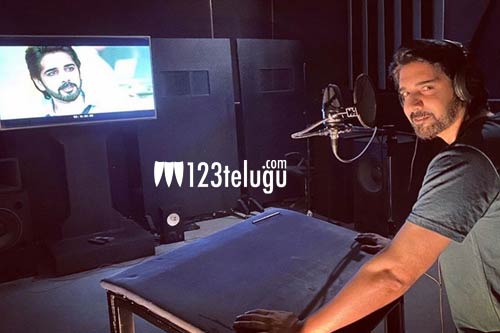 Actor Sushanth has been on quite the high since he was roped in to play a key role in Allu Arjun’s next with director Trivikram. The makers have clearly indicated that his role will be very prominent in the film.

After wrapping up his work for the film which is set to release on January 12 for Sankranti, the actor has even completed the dubbing formalities for the film!

“And here goes dubbing for #AlaVaikunthapurramuloo !

Where we focus on sound rather than the visuals (sic),” he posted sharing an image from the dubbing studio.

While there is a lot of time for the film to release, the production house has started promotions in full swing already and the fans have a lot to look forward to already!

And here goes dubbing for #AlaVaikunthapurramuloo ! 😊

Where we focus on sound rather than the visuals 🎧🎤 pic.twitter.com/uVBUM9XST0