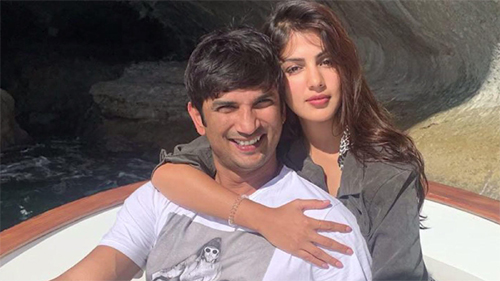 Sushanth Singh Rajput’s death has created new controversies in the industry and many theories are coming out one after the other shocking many in the media.

Yesterday, we had revealed that Suhsanth’s girlfriend, Rhea Chakborthy was grilled by the cops and now some interesting info has come out from this.

Rhea in her statement says just ten days before his death, Sushanth broke up with her saying that he did not want to cause harm because of his behavior. She also revealed that Sushanth himself packed her bags and sent her out of his home.

Rhea in her statements says that just before ten days of his death, Sushanth broke up saying that he does not want to cause any more harm because of his behavior. She also revealed that Sushanth himself packed her bags and sent her out of his home.

Rhea has also revealed that Sushanth was never stressed about his film offers as he always had at least two in hand. She finally ended by saying that looking at the way Sushanth broke up wit her, cleared his debts, paid his staff, deleted all her pictures from social media, and stopped taking medicines, it was evident that he had this extreme step cooking in his mind.