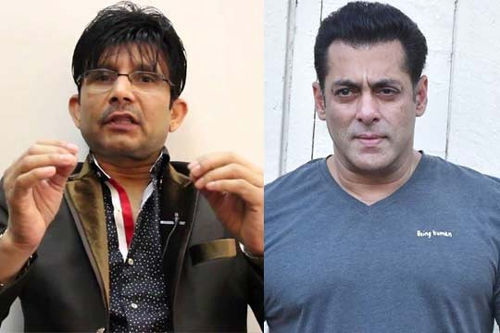 Salman Khan is being trolled big time post Sushanth Singh’s death. The media, fans of Sushanth, and young actors in the industry are blaming Salman for sabotaging their careers.

A criminal case has also been registered in Bihar by a lawyer on Salman and a few others. On the other hand, controversial critic, Kamal R Khan, who is known to make sensational tweets has been ranting about the so-called industry gang who sidelines such actors.

He also spoke about stars like Salman without taking his name. KRK with his tweets now reveals that Salman’s PRO has warned him to not talk anything about the star and keep him away from controversies. KRK in his post directly warns Salman and says it is Karma that is paying him back.

Anyone show me, my tweet, video or statement, where I said that Salman is responsible for Sushant’s death. Salman banned him or destroyed his career. I am not Boss of those thousands of portals, YouTube n TV channels who are reporting all this. So why Sallu’s PR is blaming me?