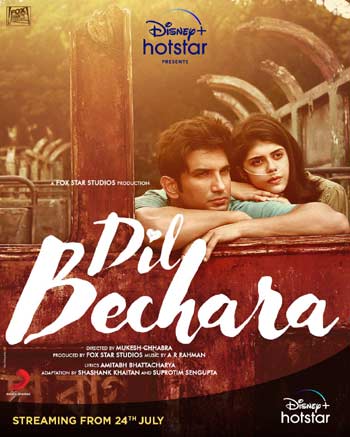 Bollywood star Sushant Singh Rajput’s swansong, Dil Bechara, released on Disney Plus Hotstar yesterday (July 24) at 7:30 pm. Fans who are heartbroken with the tragic passing of the multi-talented actor have given the film a thumping response.

The craze for Dil Bechara is such that the film has now set a massive unprecedented record on the Indian OTT scene. Apparently, the film has clocked over 75 million views within 24 hours, becoming the most watched movie ever on any Indian OTT platform in 24 hours. Disney Plus Hotstar has made the film free to watch for both subscribers and non-subscribers.