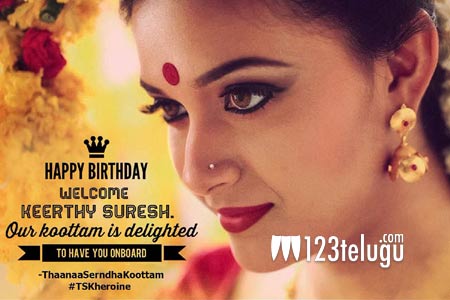 After leaving the fans in a prolonged suspense, the makers of Suriya’s 35th film, Thaanaa Serndha Koottam, revealed the name of the film’s leading lady and she is none other than the young sensation Keerthy Suresh. Ever since her debut, Keerthy has been on a roll with back-to-back successes in Telugu and Tamil.