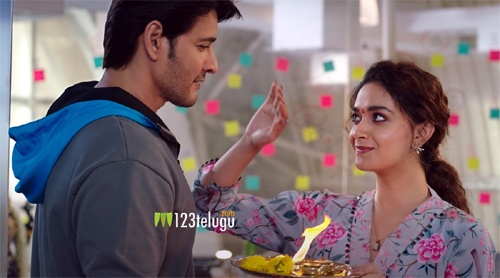 The teaser of Sarkaru Vari Pata showcased Mahesh going all out after Keerthy Suresh who plays Kalavathy in the film which is being directed by Parasuram.

We have come to know that Keerthy Suresh works as an employee in Mahesh’s office and is a very orthodox and traditional girl. Mahesh teases her big time and this track is going to be one of the highlights of the film.

A part of it was also seen in the teaser. Keerthy Suresh’s lingo and satires posed on her will be quite funny is the news. Vennela Kishore also plays a key role in the film.